Home»All Galleries»Photojournalism»In The Shadow Of Paradise 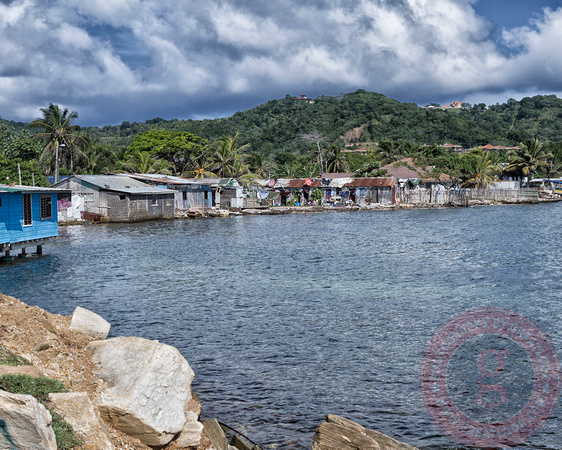 In The Shadow Of Paradise
We have been lucky enough to travel to many different places to pursue my photography. In 2013 we traveled to Central America and visited Belize and Honduras as well as Mexico.

When we visited these places, we didn't do the usual tourist activities. In Belize we had a guide and a boat and traveled down the Belize River in the pouring rain. In Honduras we wanted to see what others' didn't want to see, the poverty.

Roatan, Honduras. Roatan is located about 30 miles off of the coast of Honduras, and is approximately 40 miles in length and 4 miles in width. It was originally controlled by Europe, but became a part of Honduras in the 1860’s. Because of its beginnings, English is the preferred language among Islanders. Honduras is the second poorest country in Central America and has recently been declared a 4th world country. Most of its citizens live off approximately $1 a day, and have limited access to education that exceeds the 6th grade. Roatan itself has recently become a tourist destination due to the fact that it is almost entirely surrounded by the second largest barrier reef in the world, but the Islanders themselves rarely see any of the profit generated as most of the resorts and beaches that the tourists visit are entirely run by foreigners. Because of this, a gap has now been created between the rich and the poor that is astronomical. Because Roatan is so far off of the coast of Honduras, the Islanders have very limited access to the medical facilities that are located on the mainland, and the Island itself has remained extremely underdeveloped for the amount of tourism that the west side of Roatan sees. Most often, the Islanders are left cut off from basic needs that the mainland offers its residents.

There is limited access to clean water, running water, consistent electricity, and properly working septic systems. The public school system ends at grade 6, and most students leave with barely a first grade education. The public health system leaves much to be desired, and young children die of preventable and treatable sicknesses. Most every young child has been through a bout of worms, most more than once in their lives. No child should ever die from worms, but it happens on the island. The HIV/AIDS rate is the highest in Central America. The rate of HIV in Roatan is 220 times the rate of HIV in the U.S.

The community is now struggling with the amount of change the Island has seen in the last decade due to the presence of tourism, and is caught between adapting to American culture, and sustaining the culture that created this Island. Because they are being faced with an immense amount of pressure to adapt to the culture of tourism and faced everyday with the stress that comes with living in extreme poverty; a new culture has surfaced in the form of sexual exploitation, sexual predators, drugs, alcohol, and violence against youth.World Youth Movement was established in response to the need for positive youth empowerment on the Bay Island of Roatan, Honduras. Most, though not all of the youth are thrown into the adult world before they are physically, emotionally, or intellectually ready. They are overexposed to an environment of sex, drugs, and violence and have limited access to functional health care, higher education, or resources to provide them with the skills they need to be successful in life and to step outside of the cycle of extreme poverty.

I hope this series will give you an idea of how the local people live "In The Shadow Of Paradise".