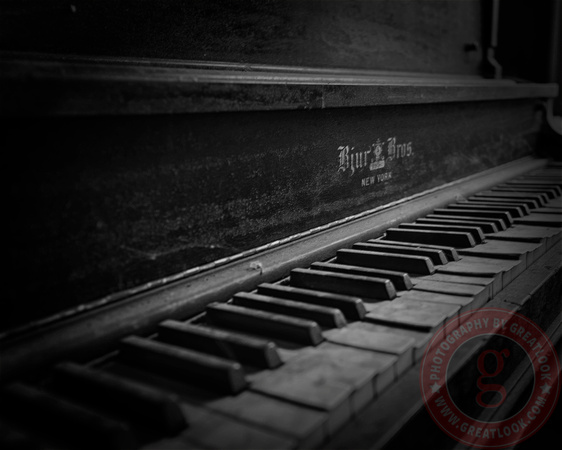 This is an original print that I photographed. This photo was taken in an abandoned hotel in the town of Sharon Springs, New York.

Thanks to its sulfur, magnesium, and chalybeate mineral springs, Sharon Springs grew into a bustling spa during the 19th century. At the peak of its popularity, Sharon Springs hosted 10,000 visitors each summer, including members of the Vanderbilt family and Oscar Wilde (who gave a lecture at the now-demolished Pavilion Hotel on 11 August 1882). Direct ferry-to-stagecoach lines connected New York City to Sharon Springs, followed by rail lines connecting the Village to New York City and Boston via Albany.
The most famous of the springs in the Village, then as now, was the so-called Gardner Spring, which was owned by the owner of the Pavilion Hotel. As reported in the New York Times on 30 August 1875, “So prodigious is the amount of sulfur-gas in the Gardner Spring that the waters of this creek are rendered as white as milk, and the stones are covered with a thick deposit. All the objects which have been thrown into the stream from above—old shoes, tin pails, and other things of a similar nature—become transmuted by the mineral. Some of them become a snowy white, and others are turned to a deep black. The green weeds that grow upon the sides and bottoms of such creeks are here perfectly white, and at first one can hardly tell their nature, but mistakes them for long films of the sulphur deposit.”